Killers Among Us Part 2 of 4

This is part 2 of a diversion from the usual art postings. The topic of this blog is my life with (serial and non-serial) killers. (Also see part 1) 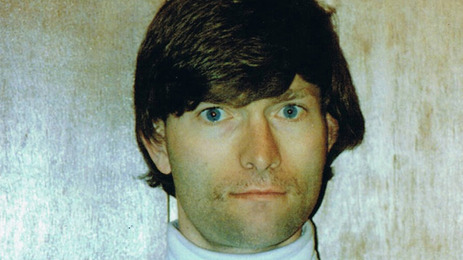 After college, I moved to Washington DC, (Bethesda, actually), and lived with my grandfather. It might have been around this time that I learned that a young man I had performed in several plays with at school had stalked his high school girlfriend and followed her to her college at the University of Wisconsin where he had shot her through the neck. Leaving her for dead, he drove to a motel and blew his brains out.

Another disturbing thing happened one night at my grandfather’s house. We usually stayed up late together. That night I was in my bedroom when I heard two men and a woman and a car right next to my window. They had driven up with her in the car and seemed to be abducting her on our lawn which was at the corner of a cul-de-sac. Please understand that although this was a modest house, the neighborhood is extremely wealthy and secluded.  I panicked, wanting to go outside and stop them but knowing that neither my grandfather nor I would be much of a physical force. So I called 911. By the time the police got there, they were gone.

The most frightening thing during this time occurred however, when Laura Houghteling disappeared from Bethesda. She was a beautiful blond Harvard graduate, come home for the weekend and was alone. She disappeared. Eventually a  bloodstained pillowcase was recovered. The room had been covered in blood but someone had cleaned it up. A blond woman had been seen leaving the house. This was actually  Hadden Clark, Laura’s murderer, who was dressed in a blond wig and trench coat to look like her. He was traced by his fingerprints.  He had had access to the house and a maul in the shed since he was a PT landscaper for Laura’s mother. He was a paranoid schizophrenic and serial killer (including killing children). (His brother was also incarcerated for murdering his date). Hadden appeared around Bethesda numerous times before this, running errands. He went once into our bookstore, on roller-skates, carrying a parcel. My co-worker asked me if I thought he seemed a bit odd. I’m troubled honestly by a possibility I might have had a face-to-face conversation with him while I was out running in Bethesda one time. I’m not sure if it was him but I remember a man who was somewhat grungy in appearance, who accosted me and made some incoherent conversation (I think he mentioned something about having been in a psychiatric ward).

The other tragic killing that happened  (but later, when I had moved to New York) was the disappearance (abduction and murder) of Chandra Levy.  , an intern on Capitol Hill who went jogging in Rock Creek Park, nine miles east of us.

Hello, and welcome. I'm writing this blog under an alias. Why an alias? I started to write what may be described as an "American Gothic" novel (sort of Henry James/ Franz Kafka with violence) with some autobiographical details. ..when I started this blog I just decided to use the alias. This blog is about art and art history, but my interests also include literature, film analysis, psychology, forensic psychology, faerie tale analysis, cognitive therapy, cognitive linguistics, classical theater, World War II, and Russian and British history. My favorite writers include Kafka, the Brontes, and Philip K Dick. Thank you for reading this blog and I will happily reply to any comments.
View all posts by kinneret →
This entry was posted in mental illness, personal, psychopathy and tagged Hadden Clark, killer, mental illness, murder, psychopath, psychopathy, serial killer, sociopath, stalking. Bookmark the permalink.

4 Responses to Killers Among Us Part 2 of 4